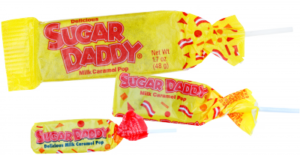 A jaded European businessman flying from JFK to Heathrow found himself seated next to a girl of seventeen on her way to visit her mother’s relatives in the South of England. Now this jaded businessman was prone to malice in moments of boredom, and as his luck would have it, this young woman was both naive and, what is worse, was cursed with a positively startling mercenary streak.

Smiling pleasantly, the businessman struck up a conversation, which glided smoothly from small talk, to tasteful questions about the girl and her parents, to highly-colored tales of his life in Europe, where he seemed to divide his time between lounging about sun-drenched resorts and rubbing shoulders with Old-World royalty at dazzling galas. Half an hour into the conversation, he chuckled inwardly; the girl was positively eating from his hand.

His eyes took on a yearning, tender aspect, and he leaned toward her, lowering his voice. “I don’t know how to say this, Madam; so pardon me if I throw caution to the wind. I have met scores of the world’s noblest women, and you — you, darling, have brought music to my heart of which I never knew it was capable. No, no, don’t rebuff me yet, before you hear my offer. I wish to marry you. For you, that means a life of ease and luxury, and of course an allowance of couple of million a month to spend as you please. What do you say? Is it a yes? I never make an offer twice, so choose quickly.”

The girl gulped, took two quick breaths, and looked up. “If you really mean it, I think — I mean, maybe — yes, I think so!”

The self-styled billionaire looked pensive for a moment, then proceeded with the air of one feeling his way. “Indeed. Delightful, I’m sure. But then, suppose I could not arrange for a full million a month. Suppose, in fact, that the offer was nearer a thousand dollars, or perhaps five hundred. Do you still accept?”

The girl pulled herself away to the far edge of the seat and threw her shoulders back, her eyes spitting sparks. “Marrying someone I don’t even know for five hundred dollars! What do you take me for?”

The businessman allowed himself to toss his head back in a soundless laugh before leaning toward the girl again. “Madam,” he purred, “We both know what you are. Now we’re just haggling over the price.”

This old story has sprung from the wells of my memory in the last few days, since a certain gold-plated Don Juan and his gang of hollow-eyed procurers have discovered to their astonished delight that the church is an easier mark than anyone in the locker rooms imagined.

In the eyes of the entire world, “what we are” is now beyond dispute. Let no one complain of foul play, then, when the haggling begins.